A history of United Universities Women’s Boat club, a rowing club for graduate women which flourished from the 1930s to the 1970s.

How to listen to RowingStory.com athlete biographies as podcasts onsite, or on Spotify, Apple Podcasts or Google Podcasts.

A list of ‘firsts’ for the GB women’s rowing team including the first European, World and Olympic medals. 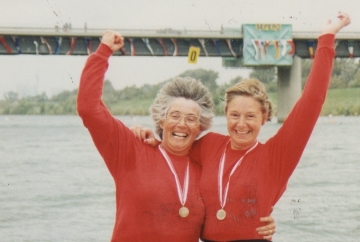 A list of the venues for World Rowing Masters Regattas since these started in 1974.