We rowers really love rowing, don’t we? In fact, we’re passionate about it, obsessed and consumed by it, many of us shape our careers so that we can participate in it in one way or another, we tend to find our life partners from within its community, and we talk about it all the time (this being related to the previous point). And whilst we all love to spin yarns about rowing in our youth (“The older I get, the better I was” and all that), we’ve often been far too busy with all this doing to know our own history.

And that’s a shame for several reasons.

First of all, it’s just plain crackingly interesting, especially in contrast to today’s experience of rowing.

Second, we only are where we are today because of the path that has been cut by those who have gone before. It’s GOOD that with literally only the odd exception (in my view, balanced by opportunities available only to women) that today’s young women rowers are equal members of their clubs, can race at any regatta including the Olympics, and are taken as seriously as athletes as men; but I think we should also be aware that it wasn’t always like this and know who the pioneers of women’s rowing were and what they did to get us to this proper situation (a LOT, although they seem to have had a tremendous amount of fun in the process, I’m glad to say).

And finally, rowing has actually been through many the challenges it currently faces before, and has tried many of today’s “new” initiatives. Generally, it’s worth learning the lessons of history, and this is as true of women’s rowing as it is of any other aspect of the sport.

Rowing Story is here to help with this by telling the story of women’s international rowing in Great Britain from the first Women’s European Rowing Championships in 1954 (actually from the first test event under FISA auspices in 1951).

It doesn’t pretend to be complete or official, but it brings together published facts with the personal recollections of many of those involved on the long journey to World and, finally, Olympic gold medals to ensure that they’re not forgotten.

It has been said that the story of GB women’s international rowing is a “hidden history” (in general, history is told by those in charge and the experience of ‘marginalised’ groups is often considered to have been inadequately recorded). I disagree. It certainly hasn’t much been collated, and this website does publish a large number of competitors’ memories and information from their personal training diaries for the first time, but a lot of the material it draws on has long been widely available.

These published documentary ‘primary sources’, as historians call them, include the annual Almanacks published by the Amateur Rowing Association (later renamed British Rowing), a newsletter called The Oarswoman (published from 1950 to 1962), the independent Rowing magazine (which ceased publication in 1997), Regatta magazine (later called Rowing and Regatta) published by the ARA/BR from 1987 onwards and, of course, newspaper clipppings.

Copies of The Oarswoman: a crackingly useful primary source from the ’50s and early ’60s.

I haven’t interviewed every competitor from every year: some, sadly, are no longer with us, a few didn’t want to go into it all or didn’t feel up to doing so, and many I wasn’t able to track down. I’ve tried to talk to at least one member of each crew for a given year: if I haven’t talked to you, please don’t be offended! I either ran out of time or didn’t know how to contact you, so please do get in touch as I’d love to fill in more about your time in squad (one reason why this is being published as a website not a book).

If you were around at the time and fine anything inaccurate, please do let me know. The main reason that this can happen (other than sloppy work on my part, of course) is that memory is notoriously unreliable. We forget things. And, worse, we muddle up memories and implant things we’ve been told or that we’ve experienced on other occasions into a different event. We also colour events from our perspective, which may not have been in full possession of the facts and quite possibly wasn’t impartial or taking the long view either.

You may also find this account incomplete, particularly in the invariably contentious area of crew selection (both who was in the boat and whether the boat was selected to go to a Championships). I am not in the business of cross-examination, or of upsetting people who have made peace with things that they have experienced by “proving” to them that they were wrong, or stirring up old animosities. There is so much about our history that we don’t know that I’ve stuck to facts, the positive stories and the many entertaining memories that colour these. You won’t be bored.

This history is  work in progress: at the moment it’s limited to seniors, and doesn’t go right up to the present day. This is purely so that I can start getting it up here: if I waited till I’d covered the complete history of all forms of GB women’s rowing before publishing, it would be the time when boats would be made of polymer fields, rowing courses would have ‘weather shields’ round them, and the Olympic Regatta would have become like the horse riding bit of Modern Pentathlon with the competitors all being coxes who are allocated a “pool” crew to show their prowess, although we’d all still hate ergos. Please bear with me.

About the author (that’s me) 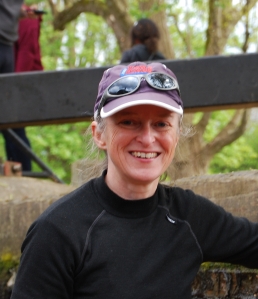 I first started rowing in 1986 at Pembroke College, Oxford. Since then I’ve won quite lot of things as a cox (a highlight being the Brit at Henley in 2007), initially at Bewl Bridge RC and later Kingston RC, Molesey BC and York City RC. These days I cox various women’s masters crews, mostly based at Thames RC.

Having been almost totally unsuccessful as a rower on the traditional head race/regatta circuit, I eventually discovered the joys of marathon rowing where size doesn’t matter nearly as much. This led me to row across the Atlantic in 2011-2012 with my husband Richard, and establish a new Guinness World Record for the greatest distance rowed in 24 hours by a women’s team (273.95km, in case you were wondering) with five friends in 2016. These and other rowing adventures are chronicled in my Expedition Rowing blog.

I also do quite a lot of admin stuff in rowing, including being Secretary of Thames Ditton Regatta, Chief Timekeeper for the Head of the River Fours, results recorder at Henley Women’s Regatta, and a Vice President of Thames Valley Skiff Club.

All of which has led to me knowing an awful lot of former rowing internationals (luckily for me, none of their GB coxes still cox), which meant that compiling this story of rowing was really just a case of talking to my friends (and their friends).

I am massively grateful to everyone who has been so generous with their time in talking to me about their memories; perhaps the most enjoyable aspect of the whole thing has been meeting such interesting people.

Please do not breach copyright law by downloading photos from this site or using them elsewhere. If you wish to do this, contact me and I will try to put you in touch with the copyright owner or source. An exception to this is photos which are copyright © Maggie Phillips. Maggie has generously given me permission to to use her photos and is happy for them to be used for other non-commercial purposes. Cite her as the copyright owner if you use them in any published work (including websites).